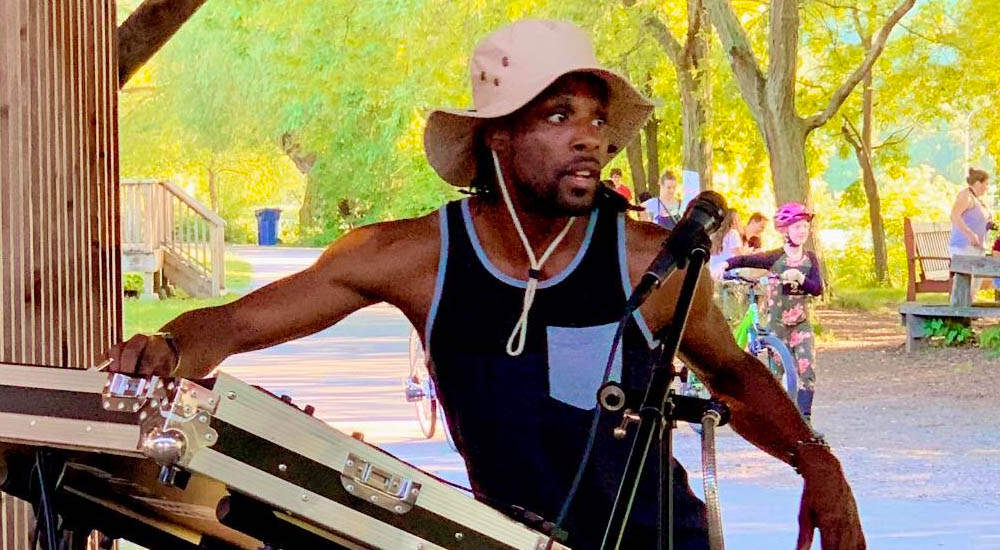 History bends for none and is an unmerciful force. Only few are capable of grasping the reigns and confidently steering the style of time into their own design. Pioneers of what we know as an “era” are those who master the formula of radical meets classic with a unique delivery tailored for the tastes of the progressive palate. Creation has coveted her gift in one and opened the doors of her sanctum as done only for the chosen few.Rick Rubin, Pharell Williams, TIMBALAND. Artist. Producer. Pilot of the new wave. The evolution of sound has arrived, presenting “EVO-evolution” for your entertainment expansion.

EVO-evolution was born in Long Island, NY where it all began on Melody Lane. Raised by grandparents, EVO-evolution took to music at an early age, experimenting with the trumpet before his passion for turntables and mixing solidified. At age 15 he had established a high school reputation as the one who would rock the party. The east coast soundscape and distinctive flavor of New York as championed by Funkmaster Flex and DJ Red Alert, set the tone for EVO’s adolescence. Throughout high school, EVO sharpened his skills and opened himself to the world of music production and solo performance artistry. ​

His journey would lead him to Ithaca, NY where he began working with local acts and performing his own material full time earning him the title of “Best DJ of the year” by the Ithaca Times. Continuing on to Orlando, FL EVO yet again established respect and admiration from his peers while contributing to the development of local talent. Now residing in Ithaca, NY EVO is now working for the company Roland as a DJ ambassador.